My husband Lew is a Proud Army Veteran, serving 3 years active duty and 20 years in the reserves. He lost one of his upper front teeth when he was in the Army and eventually had to have a bridge put in for his 3 upper front teeth. In January 2018 he had pneumonia, and was admitted to the ICU as it was very severe. He had to be intubated and during that procedure his bridge was broken. After almost losing him as they only gave him a 30% chance to survive, spending over 4 weeks on a ventilator and needing a tracheostomy, then another 4 weeks in the Hospital and rehab he came home. We went to our new dentist (as ours had just retired). Even with a discount to the cost, it was $5,000 just to have his upper teeth repaired and a partial upper denture. We had to open a special dental credit card to cover it. Now his teeth keep breaking, especially his lower teeth which has caused discomfort, difficulty eating and also to be embarrassed and he hasn’t smiled to show his teeth since. He is the kindest man you will ever meet and I can’t think of anyone more deserving to be free of discomfort and to smile again, because I think he has a great smile and I miss it. 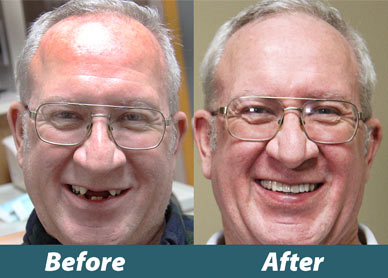 Dr. Martin and his staff are wonderful. They are friendly, helpful and make you feel comfortable. The facilities are beautiful both inside and out . I’ve never had a bad experience here. Would highly recommend Westermeier Martin to anyone looking for honest , knowledgeable, and kind dentists and dental assistants who treat their patients with compassion and respect. They are honest about dental work and will not rip you off ( unlike the high profile dentist in Amherst that I had previously been to). Westermeier Martin have integrity and class.

The staff are Amazing!!!! They are always so pleasant and patient with each person. There is never a long waiting period to go into a room. Dr. Ehlers is wonderful. I am so glad I made the change from my dentist to Westermeier Martin. Never have I been disappointed with anyone or any procedure I have had done. Very thorough and answers every question. Would highly recommend!!!!!

The staff were welcoming and helpful. Check-in was quick, though patients should have their new patient paperwork completed in advance. Patti and Doctor took enough time to review the situation, run through the potential treatment plans, explain the procedures. They also reviewed options for the timing, costs and potential issues. They were very accommodating in terms of planning for the overall treatment and sensitive to options to spread the cost out to meet budgeting requirements. It was a great initial consultation.